Chapter 2: How I Got Into Psychology and Found Romance 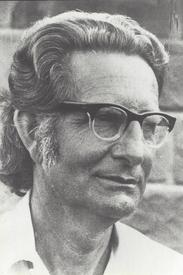 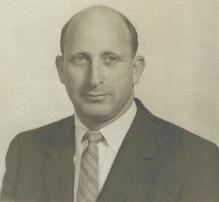 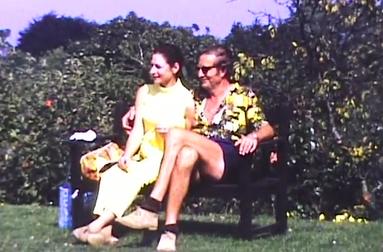 Once on the trail of Psychology as a subject I contacted an acquaintance who was a psychologist to get his views and maybe advice; this was Monte Shapiro. He invited me to his house in Beckwith Road, South London and it turned out that visit was to be the beginning of the rest of my life. Monte explained psychology roughly but particularly the clinical side because that was the area he was in as head of the clinical psychology section at the Maudsley Hospital. We talked deep into the night until his wife suggested politely that I should go home. This I did but not before Monte had invited me to come to his department at the Maudsley not only to visit but to work on a research project, without pay but to experience what psychology was about. Naturally I was reluctant to do this as I feared I could mess that project up and I told him that. His reply was that if I didn't do it, it would not get done as they had nobody on the staff that had time to do it. So I agreed and duly arrived at the Maudsley at the appointed time.

When I arrived in the morning at coffee time I was greeted by most of the members of the Department, including the head of the whole psychology department H.J. Eysenck. At the time I noted that he was attractive but such thoughts vanished when I was told that he was married and had a young son. So I got going on the project which fortunately I didn't mess up and which incidentally lead to my Ph.D. after completing my degree in due course. The project was to test Neurotic and Psychotic patients (mostly in-patients) with various tests and find differences so that these tests would help the diagnostic procedure as well as proving that these labels referred to mental states that were different and were not linear but orthogonal. A neurotic then was not a psychotic when he got worse but just a worse neurotic and similarly a psychotic was not a neurotic who had got worse but a worse psychotic. So, it turned out after a long period of testing during which time I learnt a lot about psychology and working life that I began to enjoy what I was doing.

In addition I had a lot of fun meeting staff members and psychiatrists socially. Being an extravert as mentioned before I knew how to make the most of the colleagues around and so life was a ball for quite a time, until a significant event occurred. Every day at 10.30 a.m. students and staff came down to the canteen for coffee largely to speak to Hans informally rather than make an appointment through his secretary. So on this occasion I asked him what I thought was a technical problem. What, I asked was "regression to the mean"? And the reply was interesting. What he could have said was that parents who are very intelligent were likely to have children whose I.Q. was between the mean of their I.Q. and the general mean of 100, that is to say, slightly lower and hence the term "regression to the mean". Similarly parents whose mean intelligence was low would likely have children whose I.Q. would regress to the general mean of 100 and thus be slightly higher than their I.Q. What he actually said was "if you and I had a baby" and the rest of the explanation as before. It so personalised the conversation that my thoughts began to go along a somewhat different line from then on.

Just at that time the British Psychological Society (B.P.S.) were due to hold their annual conference which was in Bristol that year. One of our students Don Prell from America said he and his wife were going and would we like a lift as they were driving there? As Hans and I were the only people present at the table having coffee with them we readily agreed. So we travelled to Bristol in the back of Don's Volkswagen and attended the conference. That was really the beginning of the affair as our first kiss took place there. However, there were plenty of complications in that he was married and every meeting from then on was secret. Moreover, as we completed our homeward trip Hans came out in spots and deduced that he had caught his son Michael's chickenpox! Had I contracted this the obvious truth would have come out at work and by a great demonstration of "mind over matter" I did not catch it then and assumed that I had already had it as a child. In fact I contracted it years later from our children one miserable Easter.

Anyway, I continued to meet Hans until his wife Margaret asked whether there was anyone else and he admitted that there was upon which she promptly threw him out. When he 'phoned me to say he had left home suddenly I have to confess to a pang of wonder whether this was a step I really wanted to take. The inevitability of this situation suddenly became real and I was momentarily stunned. However, it was a fleeting thought and he came to a rented room in Belsize Park near where I lived with my Mum.

By then my parents had divorced and I spent many Sundays visiting my Dad at his new house. It was not always very pleasant as my Dad asked very searching questions about what my Mum was up to and I felt this was not what the visits should be about. In fact she had found a friend in one of my Dad's former pupils and this was soon common knowledge but not through me! He subsequently married someone else and they all emigrated together to Australia and later to Tasmania where this couple looked after my Mum in an exceptionally caring manner.

Returning to our progress we rented a room near my Mum and commuted to work. As this was quite a trek we rented a flat near the Maudsley although this put a strain on his finances because of the alimony he was paying to Margaret. However, at this time Hans had arranged a visit to America where he wanted to see how they had set up their clinical courses with a view to setting up one of our own, the first one in the U.K. So off he went and I had to be content with very passionate love letters. Not for long, though, as Don Prell had other ideas and booked me a passage to the States to join him. The slow trip over on the Queen Elizabeth was pleasant but when I got there the immigration officers were not impressed by my ruse that I was there to work with the Professor! Somehow we managed to convince them that I was not planning to stay illegally and I was allowed to land and be reunited with the "professor".

I digress briefly to explain the professorship story. When the professor of psychiatry Aubrey Lewis recommended Hans for a professorship the usual committee was assembled but as this was when our liaison was now common knowledge one member objected on the grounds of "moral turpitude" an accusation which was, fortunately, not shared by the rest of the committee. So he became a professor at an unusually early age for that time.

Returning to our American trip, we rented an apartment in Philadelphia in a block with a very eager janitor who raised the temperature of the apartments rather high. This showed us the first difference in our habits as I wanted the windows open but he preferred them closed. This escalated into a minor issue when I tried to open the windows and found them nailed up! Did I really want to marry this man, I wondered? But clearly we must have come to some compromise as the mini crisis blew over. Subsequently I found that it was virtually impossible to quarrel with Hans. Even when I felt neglected and tried to pick a fight he explained that in his experience " one says things that one doesn't mean and anyway he wasn't neglecting me, it was just that periodically thoughts of new books or theories take over and there is no room for anything else". Well he was as good as his word as I found out by allowing for these times and he truly came back to his usual attentive ways in due course. So, fortunately for our family the atmosphere remained pleasant and I cannot remember any ' screaming matches' as I do recall with my parents.

More of this is in the next chapter.

Once more returning to our American trip, it turned out to be interesting because of some informal remarks made by the clinical psychologists who showed us how afraid they were to express an opinion that was against the "zeit geist" in that one confided he totally agreed with what in an article in 1952 Hans had asserted that psychotherapy was no better than spontaneous remission, but it was more than his job was worth to admit it. It was considered heresy and the profession had a shocked reaction, notably psychiatrists especially psychoanalysts. At one meeting when Hans spelt out the evidence I vividly remember one of our psychiatrists running up to the platform waving his fists in fury. Little wonder as their livelihood depends on the belief of patients that they can cure them.

At the end of the visit I contracted a temperature and stayed in our hotel while Hans completed a last lecture in Canada. When the time was near for our departure for home and I showed no improvement we called the hotel doctor to help. He was suspicious and suspected a failed abortion attempt which was well off beam! So we risked boarding the ship but once we had sailed off we explained my problem to the ship's doctors. They in their wisdom declared that I had appendicitis and announced they would operate forthwith, which sent alarm bells ringing for both of us. In the event Hans declared that he was a doctor and objected to this procedure and so they desisted with an "on your head be it" attitude. After all these years I still have my appendix and my temperature disappeared a few days after we got home.